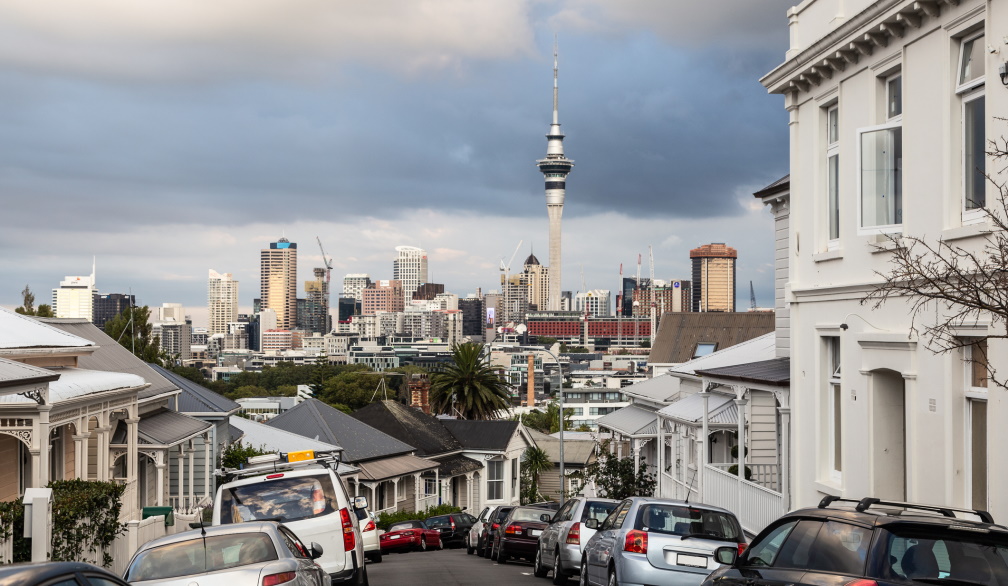 Soaring property prices are finally set to ease in New Zealand, with no price increases predicted for the rest of the year, according to experts.

In this month’s Finder RBNZ Official Cash Rate Survey, 12 experts and economists weighed in on future official cash rate (OCR) moves and other issues relating to the state of New Zealand’s economy.

Taylor Blackburn, personal finance specialist at Finder, said everyone knew another rate rise was on the horizon.

“It’s clear that the cash rate will be increasing soon, and repeatedly. We could be looking at a doubling of the cash rate this year.

Predicted property values over the next 12 months

Hamilton and Wellington are forecast to have the largest drop in property price values, according to experts.

The panellists predicted no price rises in any New Zealand cities covered by the survey, only Christchurch had a neutral outlook.

Jarrod Kerr of KiwiBank said the Kiwi housing market was now in retreat.

“Prices are beginning to decline in most regions. Because rising interest rates and regulatory changes (including LVR restrictions and the CCCFA) are weighing on confidence."

“Our panel predicted 3% or higher growth towards the end of last year and now they are forecasting a drop in value in almost every major city.

“More affordable house prices sound good, but if you are paying more in interest, you may hardly notice the difference when it comes time to pay your mortgage.

“All this change is an important reminder to shop around for the best loan you can get – after all, your mortgage is likely your largest expense,” Blackburn said.

Economic recovery could still be a while away

Interestingly, only one expert (Michael Reddell of Croaking Cassandra economic commentary blog) believes the economy has already recovered from COVID-19.

Blackburn said it would likely be a long road back to pre-COVID levels of economic certainty.

“The soaring cost of living paired with a sharp increase in interest rates will put many mortgage borrowers under pressure,” Blackburn said.

Furthermore, 75% of experts (6/8) agree with Kiwibank economists’ prediction that New Zealand could see a net migration outflow of 20,000 by the end of this year.

While the majority of experts who weighed in (70%, 7/10) are feeling positive towards wage growth, negativity towards the cost of living has increased.

“Inflationary risks will need to be well balanced with financial stability risks in order for a healthy economy to prevail,” Blackburn said. 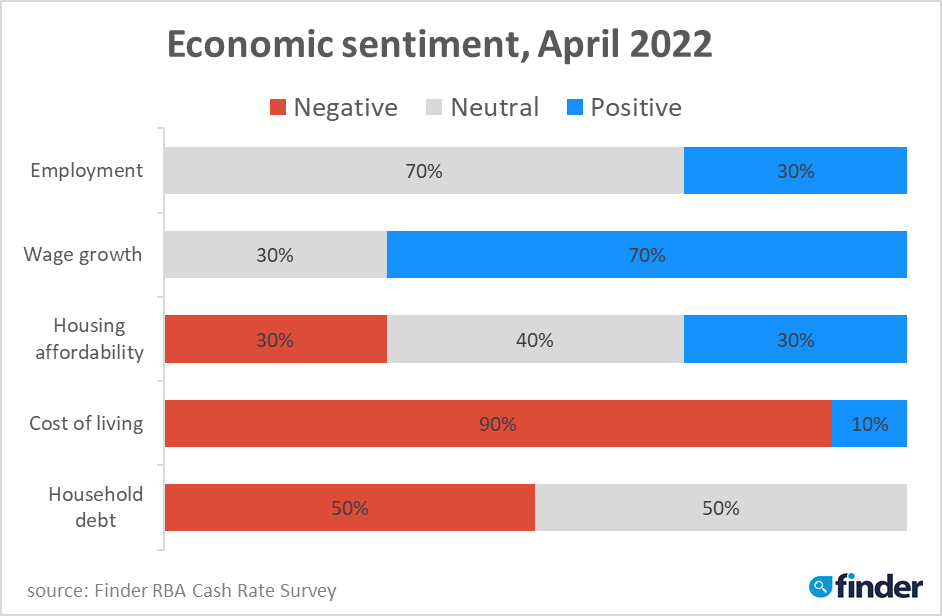 *Experts are not required to answer every question in the survey

Here’s what our experts had to say:

Sharon Zollner, ANZ: "Intense inflation pressures require a higher OCR but given the traction hikes will quickly get (indeed is already getting) on the housing market, we are picking a relatively modest peak of 3.5%."

Ashley Church, ashleychurch.com: "Because Adrian Orr has told us that this is what they intend to do"

Kelvin Davidson, CoreLogic: "We've got a lot of inflationary pressure across many sectors, while unemployment is still low - so there's a clear case to keep raising the OCR. The big concern is probably inflation expectations too, which if they keep rising, will make it even harder to rein in actual inflation."

Michael Reddell, Croaking Cassandra economic commentary blog: "And May as well.    The Bank is well behind the game now, having seen big increases in core inflation and inflation expectations, but with the OCR still no higher than it was at the start of 2020."

Brad Olsen, Infometrics: "RBNZ needs to move swiftly and at magnitude to shock expectations back in line, and we expect two back-to-back 50 basis point increases. Inflation is at its highest in a generation, and inflationary momentum is still building. Households and businesses now expect higher inflation going forward, with inflationary expectations unanchored. Having moved fast on the downside but too slow on the upside, RBNZ is playing catch-up, and the longer it leaves more assertive action, the harder it will be to bring inflation back in line. "

Jarrod Kerr, KiwiBank: "Inflation is running at very high levels. We expect inflation to peak around 7%yoy. And inflation expectations are becoming unanchored. The RBNZ is facing into the inflation threat by hiking interest rates. And we expect the RBNZ to hike at every opportunity (meeting)."

Debbie Roberts, Property Apprentice: "With the rate of inflation at the moment, the RBNZ really has very little option to do anything other than increase the OCR. The only question remaining is, will it be a 0.25 or 0.5 increase?"

Dr Oliver Hartwich, The New Zealand Initiative: "Inflation pressures are obvious, and further increases in the OCR have been flagged by the RBNZ."

Michael Gordon, Westpac: "The RBNZ will need to lift interest rates above neutral levels for a period, to bring down inflation pressures."