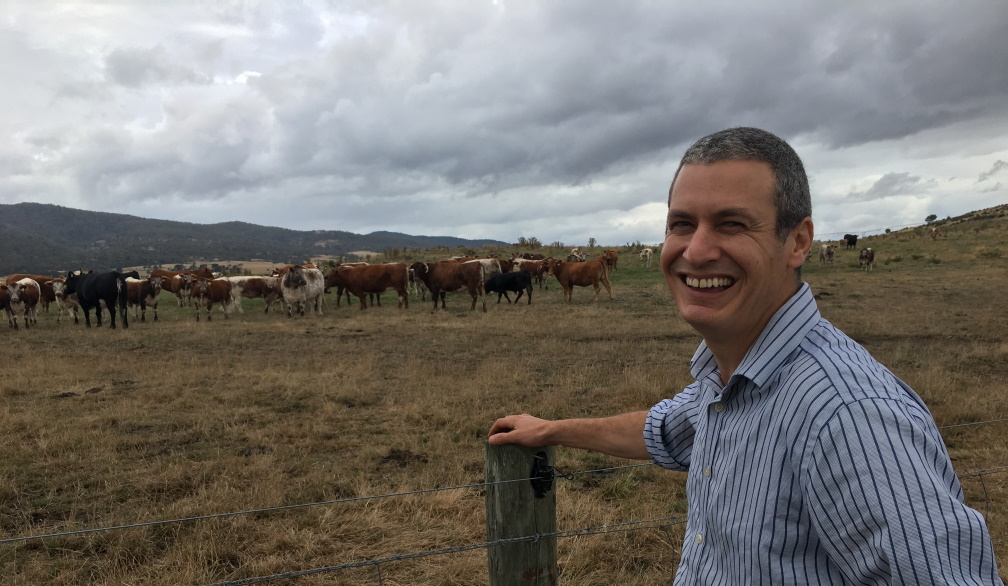 As cost of living hits 20 year highs and rural land prices explode, farmers say knowing the value of the assets on their land has become more important than ever with 40% of farmers now possessing digital maps of their properties - a figure which has soared from just 4% only four years ago.

One company, Regen Digital, part of a mutual run by farmers, has seen a surge in interest for its newly offered ‘Digital Twin’, with farmers now accessing information on their properties’ environmental value that can be used for their ​​’green credentials’.

“We can hardly keep up with demand, with assessments tripling in the past two weeks alone,” says Regen Digital co-director Andrew Ward.

“The Digital Twin provides an assessment of a farm’s environmental value through a range of metrics. Farmers can then model different environmental actions and the way these would impact their operations and income,” says Mr Ward.

Elders data shows rural land has increased on average more than 18 per cent in the 12 months to December with the median Australian rate $7060 per hectare, with prices being driven up by record-low interest rates, record-high commodity prices and exceptional seasonal conditions.

“It’s never been more important for farmers to know the value of their total assets,” Mr Ward says.

“Traditional assets like cleared land but also newly recognised assets like the remnant natural environment around them are driving the boom in rural property prices.

“When nature's value outstrips the growth being seen in Australia’s most populated cities, including Sydney, it’s a big deal,” says Mr Ward.

“In the past farmers used Google Earth, or even a drone, but until now, most will have had no idea of their green lines (fencing and paddocks) and where their animals and crops are at any given time, not to mention the assets that could deliver new revenue streams through carbon farming and protecting habitat.”

“The process for creating a Digital Twin is called an Environmental Farm Assessment because it doesn’t just look at ag assets like dams, bores and sheds; it includes remnant vegetation, watercourses, biodiversity hot spots and resource usage across the farm.”

“In this climate not knowing the true value of what farmers have under their feet can be very costly.”

“For farmers this is a big shift. They’ve gone from seeing just trees in a paddock to looking at their economic value and biodiversity value.”

Regen Digital co-director Rohan Clarke: “Within five-years, every farmer will need to have this information in order to comply with green tape and to access markets. All farmers will be held accountable for their farming practices.”

Agriculture now accounts for 13% of Australia’s emissions but is increasingly seen as a potential carbon sink.

According to the CSIRO’s “Navigating an Uncertain Future 2030” report, the Australian environmental market is set to be worth more than $48bn by 2050 – twice the combined value of all meat, grain, tropical fruit and cotton industries.